Intel will build new kinds of experiences for the 2018-2024 Olympic games using virtual reality, 5G cellular and drones, the chip maker announced. It becomes the thirteenth partner of the games and the fifth tech partner following Alibaba, GE, Panasonic and its closest rival, Samsung.

The events will showcase Intel’s work in a handful of emerging technologies including live streaming video with its 360-degree cameras, 5G and machine learning. As part of an event announcing the deal, Intel broadcast a video stream from its headquarters using one of its prototype 28 GHz 5G base stations.

Intel chief executive Brian Krzanich promised, “whole new ways fans and athletes can view and participate in the games…Around the world there are millions and millions of people who have never had a chance to go to the Olympics, and our goal is to bring it to anyone.

“This is not just about flops per watt in some device somewhere, it’s about changing the experience and bringing it to more people…[with] more compelling and immersive experiences,” he added.

The partnership makes sense for Intel at a time when the company is seeking an identity as a technology leader apart from the slumping PC. Krzanich has showcased the company’s work on VR, 360-degree video and drones regularly in past keynotes and professional sports events.

Burnishing the company profile is particularly strategic at a time of slowing growth and consolidation in the semiconductor industry. With the current rise in prices of memory chips, rival Samsung may surpass Intel this year for the first time as the largest chip maker in the world.

Intel’s 3D video, newly branded True VR, is one of the highlights of the deal. The company will bring the capability to 16 live and 16 on-demand games including ski jumping and figure skating at the 2018 Winter Olympics in Pyeongchang, South Korea.

VR headsets let users choose angles from which they watch an event in stereoscopic 3D. It supports live streaming and digitally computing an angle such as hovering over a favorite player.

True VR uses a network of up to 38 360-degree cameras, each using a dozen high definition 5K cameras. Mobile production units stitch the streams into 180-degree images and uploads them t a data center for live streaming.

The Olympics marks an extension of the technology for Intel. It has already offered the capability at select NCAA basketball, National Football League and Major League Baseball events in the U.S. 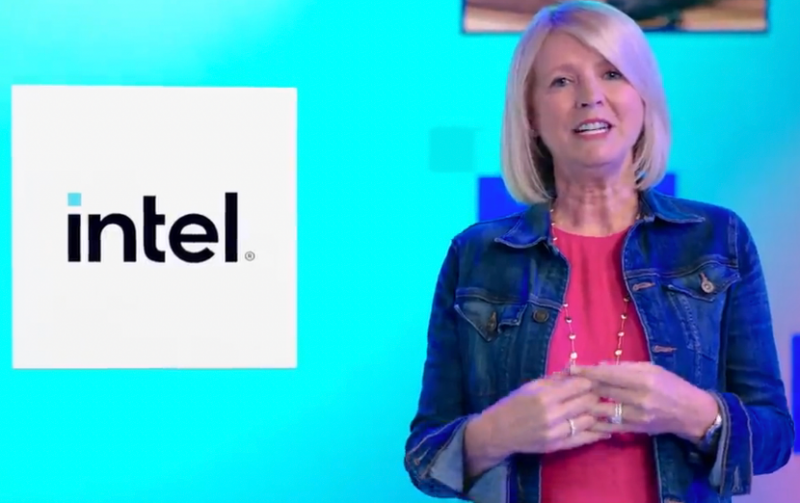