DJI, the Shenzhen-based world leader in drones and aerial cameras, rolled out Wednesday (May 24) its first mini-drone — called Spark.

DJI was apparently unfazed by a controversial ruling by the Civil Aviation Administration of China (CAAC) last week that requires all civil-use drones heavier than 250g to be registered online starting June 1.

DJI claimed that Spark is “the first drone that users can control by hand gestures alone.” Movidius’ Myriad 2 enables the new drone to recognize a user’s face and understand his or her signals.

Face recognition allows Spark to adjust its flight according to the user’s preference. Once Sparks takes off from the user’s hand, “it automatically enters Gesture Mode,” according to DJI.

DJI's Spark taking off from a user's hand (Image: DJI)

Why hand signals? A user — in the midst of climbing a steep mountain, for example — can simply signal the shape of a photo-frame and Spark will snap a picture of that moment. The user can call back the drone simply by waving hands. “Even if you’ve never flown a drone before, flying Spark is easy because the only remote control you’ll need is your hand,” DJI explained.

“This is the ultimate portable drone with a lot of advanced features. DJI has really upped the ante” in a fierce race shaping up among consumer drones, observed Remi El-Ouazzane, formerly Movidus CEO, now vice president and general manager within the New Technologies Group of Intel.

DJI’s engineering team tried to pack so many advanced features in such a small body of the drone while facing the need to optimize its bill of materials. El-Ouazzane believes Myriad 2 VPU played a crucial role in making that happen.

Until now, DJI has deployed other vendors’ image signal processors for its imaging pipeline, while putting Myriad 2 VPU to use for adding “autonomy” to drones.

The Israeli parliamentary finance committee approved a $185 million grant to Intel in return for meeting job creation targets and local contract guarantees.Last May, Intel announced it would spend $5 billion over two years to upgrade its Fab 28 in Kiryat Gat, Israel, from 22nm to 10nm production technology.Israel's grant is conditional on Intel meeting its already announced commitment to hire 250 new staff at the fab, and on awarding contracts worth around $560 million to local suppliers.Earlier this month, Ann Kelleher, Intel’s senior vice president and general manager of manufacturing and operations, said the company was planning for manufacturing site expansions in Oregon, Ireland and Israel, with multi-year construction activities expected to start in 2019.In a blog post, Kelleher said, “Having additional fab space at-the-ready will help us respond more quickly to upticks in the market and enables us to reduce our time to increased supply by up to roughly 60%. In the weeks and months ahead, we will be working through discussions and permitting with local governments and communities.”Intel's Fab 28 in Kiryat Gat, Israel.Kelleher said it was part of the company’s strategy to prepare the company’s global manufacturing network for flexibility and responsiveness to demand. As part of this, the company is spending to expand its 14nm manufacturing capacity, made progress on the previously announced schedule for the Fab 42 fit-out in Arizona, and located development of a new generation of storage and memory technology at its manufacturing plant in New Mexico.Kelleher also said that Intel would also supplement its own manufacturing capability with selective use of foundries for certain technologies "where it makes sense for the business." The company had already been doing this but will do so more as it aims to address a broader set of customers beyond the PC and into a $300 billion market for silicon in cars, phones, and artificial intelligence (AI) based products.
2019-01-04 00:00 reading：512

Intel said that it’s making progress on improving 10-nm yields and reiterated its pledge to have 10-nm chips shipping by the 2019 holiday season.In a conference call with analysts following a financial report that beat analysts’ expectations for the 12th straight quarter, Venkata (Murthy) Renduchintala, president of Intel’s Technology, Systems Architecture and Client Group, said that 10-nm yields are now tracking roughly in line with what the company experienced at the 14-nm node when it prepared to make that transition.“We’re still very much reinforcing and reaffirming our previous guidance that we believe that we’ll have 10 nm shipping by holiday of 2019,” said Renduchintala. “And if anything, I feel more confident about that at this call than I did on the call a quarter ago. So we’re making good progress, and I think we’re making the quarter-on-quarter progress that’s consistent with prior generations having reset the progress curve.”Intel has been dogged by yield issues at the 10-nm node, causing the company in April to delay the launch of 10-nm products until next year.The 10-nm progress report came on the heels of a strong third-quarter report by Intel, which beat Wall Street’s estimates for sales and profit again, largely on the strength of a record quarter for its data center business segment.Intel reported sales of $19.2 billion, up 19% from the third quarter of 2017. The company reported a net income for the quarter of $6.4 billion, up 42% from the third quarter of 2017.Intel said that third-quarter sales increased across each of its business segments. The company’s sales to PCs increased 16% to reach $10.2 billion, while its “data-centric” revenue — from non-PC sales — increased 22% to reach nearly $7.1 billion.The data center business is growing at nearly twice the rate that Intel expected when the year began. Its Data Center Group sales grew 26% for the quarter to top $6 billion for the first time, reaching $6.1 billion. Intel said that the strong sales were driven by demand from cloud and communications service providers.Bob Swann, Intel’s interim CEO, said that the company was excited about data center products that it is ramping for 2019 but that 2018 has been “an outstanding year” for the Data Center Group. “Our DCG growth this year is projected to be north of 20%, real strong through the first three quarters of the year,” said Swann. “The fourth quarter, we expect really solid demand.”Overall, Intel said that it expects sales to be about $19 billion in the fourth quarter, up 11% from the fourth quarter of 2017.Intel again raised its estimate for 2018, saying that it now expects sales of $71.2 billion. It would mark the third straight year of record sales for the largest U.S. chipmaker.
2018-10-29 00:00 reading：567

Seeking to allay fears of revenue shortfall amid tight supply, Intel said Friday that the company believes it has the supply to meet its full-year sales target of $69.5 billion. The company also reiterated plans to increase its capital spending for the year to a record $15 billion and to be in volume production of 10nm chips next year.In an open letter published on Intel's website Friday, Bob Swann, Intel's interim CEO, said the company increased capital spending includes an additional $1 billion to be spent on increasing 14nm capacity at Intel Fabs in Oregon, Arizona, Ireland and Israel. Swann said the increased spending and other efficiencies is increasing Intel's supply to respond to customer demand.The strength of the PC market — which Intel now expects to grow for the first time since 2011 —  has put pressure on the company's network of fabs, Swann said. Intel is prioritizing the production of Xeon and Core processors to serve the high-performance computing segments of the market, Swann said."That said, supply is undoubtedly tight, particularly at the entry-level of the PC market," Swann said.In an email exchange with EE Times, Intel declined to provide further details beyond what is in Swann's letter.Patrick Moorhead, president and principal analyst at Moor Insights & Strategy, said he was not surprised by the letter, saying he had heard rumblings in the supply chain. "While I am sure Intel would want to have 10nm online now, most of the current challenges stem from upside demand for 14nm parts," Moorhead said. "Every market is up — even PCs — which is putting a strain on 14nm. Moving notebook parts from two to four cores I am sure contributed to the upside challenges, but [are] not the primary reason."Intel has for months been struggling to ramp up its 10nm process technology with adequate yields. The company was initially expected to be in volume production on 10nm by the end of this year, but said earlier this year it was pushing 10nm out to 2019.Intel's struggles with 10nm have led to speculation that the company is in danger of losing market share in the resurgent PC processor market to archrival AMD."The challenges that Intel is having regarding their execution on delivering their next generation technology could not have come at a more inopportune time," said Len Jelinek, senior director for semiconductor manufacturing with IHS Markit.  "Intel delivery issues are providing an opportunity for their competition, AMD, to gain market share in a highly competitive market."Jelinek said multiple competitors could be posed to gain market share in areas outside PCs and gaming if Intel's struggles with 10nm continue into 2019.Quoting market research from Gartner, Swann said second quarter PC shipments increased for the first time in six years. Intel expects to total PC market to grow modestly this year, driven by strong demand for gaming and commercial systems, Swann said.In recent weeks, whispers of an Intel processor shortage have led to concern about the effect on the PC market and the memory chip market. Earlier this month, TrendForce, a market research firm that tracks memory chip pricing, reported that a shortage of Intel processors would hamper notebook shipments and exacerbate memory pricing declines.TrendForce reported that PC OEMs were reporting an insufficient supply of processor based on Intel's Whiskey Lake platform. Whiskey Lake is the codename for Intel's third refinement to the 14nm Skylake microarchitecture and includes version of Core i7, Core i5 and Core i3, all of which were launched in the third quarter.
2018-09-29 00:00 reading：458 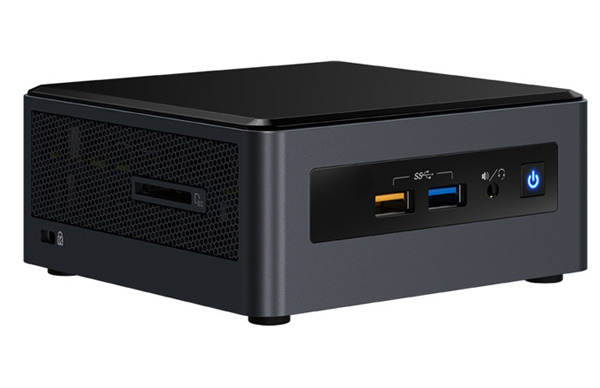