Texas Instruments claims to have made the field-programmable gate array obsolete for embedded industrial applications such as servo-motor control. As the world’s largest industrial-semiconductor manufacturer, TI may be uniquely positioned to make that judgment, but that doesn’t necessarily mean FPGAs are going away.

The short of it is that using TI’s C2000 industrial microcontroller with its DesignDRIVE fast-current-loop software provides a 460-nanosecond current loop that can eliminate the need for FPGAs in many embedded industrial control applications. The long of it is that FPGAs still have life in other applications, and TI’s approach is not the only one that offers efficiencies over the combined use of a microcontroller and FPGA, according to Tom Hackenberg, principal analyst of embedded processors at IHS Markit.

“Energy efficiency in motors is a driver of innovation, and current-loop performance—torque response—is the fundamental [determinant] of motor drive performance,” Hackenberg said in an exclusive interview. (TI makes the case in the paper “At the heart of the matter of improving servo drive performance is the system’s current-loop or torque response performance.”) “The need to enhance this responsiveness with an FPGA would likely complicate the architecture, as the pin count will increase along with the cost and space requirements,” Hackenberg added. “The C2000 microcontroller, which is highly integrated with several on-chip features, would be a favorable solution for motor drive manufacturers.”

Hackenberg noted that servo drives are key to a multitude of industrial applications. “In robotics and machine tools, for instance, IHS Markit predicts substantial shipment growth of GMC [generic motion control] servo drives into these applications, with average year-to-year growth of 17.1 percent and 7.1 percent, respectively, throughout 2021,” he said. “Given all considerations, I would estimate that the C2000 is a very competitive solution that is likely to eliminate the need for additional logic in some servo applications, saving designers significant cost and effort. But it is not likely to eliminate the market for FPGAs or other configurable-logic solutions, due to the wide variety of engineering skill sets, supplier relationships, valuable existing IP, and overall device design considerations that enable a continued market for alternative competitive solutions.”

“The use of the C2000 with DesignDRIVE software does seem to me to be an elegant solution for servo-motor control, and I have no reason to dispute any of its performance advantages,” Hackenberg said, adding that “a hands-on demonstration” of DesignDRIVE’s use for optimizing control of a servo motor had revealed it to be “an extremely quick and painless process.” Nonetheless, there are other considerations that might lead designers to use FPGAs, he said.

“First, many servo control applications can be handled by just a microcontroller or, for significant performance demands, an embedded microprocessor. The use of an FPGA is often only a solution to enable a single processor to control multiple servos, such as [for] multiple axes of control. There may still be designs where a single microcontroller, even one as efficient as the C2000, is insufficient for a number of servos and/or additional motor controls or additional applications. An ASIC-, ASSP-, or FGPA-based solution may be required for this level of complexity,” Hackenberg said.

“These are often costlier solutions, so the C2000 may or may not be competitive with these solutions, depending on the advantages of the additional integration” in a given application, Hackenberg said. “While the C2000 may still win in overall efficiency, even compared to servo-application-optimized solutions, there may be cases where it is not the most optimized solution.” For instance, “there are a number of semiconductor suppliers making ASICs and ASSPs, specifically targeting servo controls, that also offer efficiencies over the combined use of a microcontroller and an FPGA.”

The C2000 Peripheral Explorer Kit gives engineers a leg up on how to use the microcontroller, providing all the hardware necessary to interact with peripherals on-board.
(Source: TI)

Existing intellectual-property investments are another consideration. “If a designer has significant investment in optimized logic IP—often based in an FPGA or ASIC—the cost efficiencies [of TI’s C2000-based solution] may be offset by the loss of existing IP based on hardware,” Hackenberg said. Further, “the application may cost-effectively utilize the [existing] servo controller solution for other device application features, for instance an array of non-servo-related sensors such as pressure or proximity sensors for safety, that can have direct feedback to the servo controller.”

So while TI’s C2000 industrial MCU with DesignDRIVE software and fast current loop can potentially obsolete FPGAs in many or even most motor control applications, it likely cannot optimally serve all. 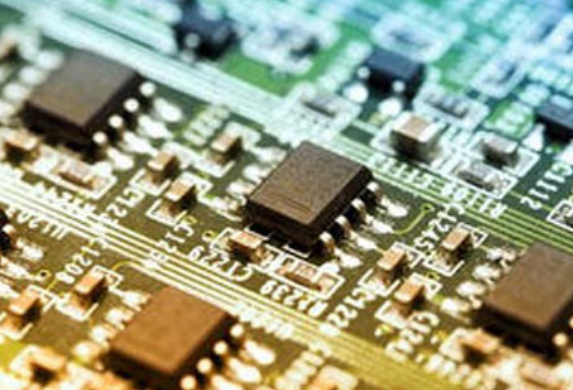