SAN JOSE, Calif. – A Google executive called for a common API to swap Ethernet switches in and out of networks as easily as a new server. The interface could pave the way for an emerging crop of Ethernet chips that aim to disrupt Broadcom’s dominance in the sector.

“Right now there’s no standard API for switches so when plug in a new switch, we do that work ourselves,” said Amin Vahdat, technical lead for networking at Google, in an interview with EE Times at the Open Networking Summit.

The interface is just one of many missing puzzle pieces for Web giants and network operators migrating to software-defined networks (SDN). Google and AT&T both reported progress on their decade-long shift from networks based on ASICs and vendor-specific protocols to ones running functions in software on generic servers and switches.

The effort to plug a new switch into a data center network is “dramatically different” than inserting a new server, Vahdat told EE Times. “That really holds back the market,” he said, adding he hopes to rally a group of chip vendors and customers to define the new interface within a year.

Today, Broadcom’s chips are used in more than 90 percent of Ethernet switches. Cavium’s XPliant has gained design wins at Arista and Brocade, and AT&T announced it tested chips from startup Barefoot Networks among others. Meanwhile startup Innovium and Mediatek spin-out Nephos are vying for a slice of the market with established players including China’s Centec Networks, Marvell and Mellanox.

The rising competition is expected to drive down switch prices from recent highs of $60 per 100-Gbit/s port, or almost $2,000 per chip in 2016. But big users such as Google need a common API and test suite for qualifying the new switches.

“We want to support a range of switches, [but] now we have to do a fair amount of work to integrate [them],” Vahdat said.

In addition, the new chips need to provide hardware support for detecting and routing around network faults. Although the new chips do a good job “pushing the envelope of speed, [they] take a single-switch view of the world,” he said, calling for chips that cooperate across a network of many switches from multiple vendors.

Roger Carpenter, a Google hardware engineer with 30 years of experience in electronic design automation and chip design, has been elected to the Silicon Integration Initiative board of directors. Si2 is a research and development joint venture that provides standard interoperability solutions for integrated circuit design tools.Before joining Google, Carpenter held executive roles at three EDA firms: Magma Design Automation, Javelin Design Automation and Envis. His design experience includes positions at Wave Computing, Broadcom, Chromatic Research and Xilinx. A holder of more than a dozen patents, Carpenter received a Bachelor’s and Master’s of Electrical Engineering and Computer Science from the Massachusetts Institute of Technology.John Ellis, Si2 president and CEO, said that Google’s membership on the Si2 board reflects the increasing impact of vertical integration in the electronics industry.  “A recent Si2 industry survey showed that over 80 percent of our end users develop some specialized, internal design tools. This proprietary software meets their unique needs and performance requirements,” Ellis said.“Directly accessing the Si2 OpenAccess data base by making use of our Application Programming Interface, designers and integrators have greater control over their bottom line by optimizing their design flow and, in turn, shortening product time-to-market. It’s critical that system houses like Google, along with their unique semiconductor design software needs, are now represented on the Si2 board.”The twelve members of the Si2 board represent leading semiconductor manufacturers and foundries, fabless companies, and EDA software providers.
2018-08-30 00:00 reading：382 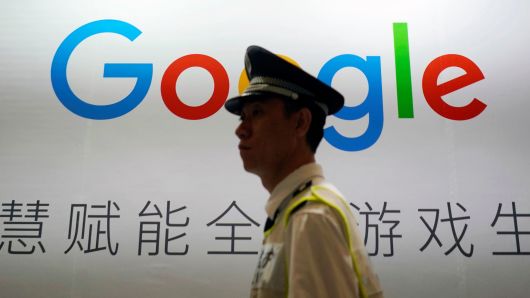 Google is welcome to return to China but only if it complies with the law, according to an opinion piece by state-backed newspaper People's Daily, after reports surfaced that the U.S. technology giant is planning to launch a censored version of its search service on the mainland.The Information first broke the news last week that Alphabet-owned Google is planning to re-launch its search engine in China and that it would blacklist certain websites and search terms. Google originally left China in 2010 over concerns regarding censorship.Google's reported move has raised concerns from privacy advocates because it would block material online that the Chinese government does not like. But the country's state-backed media has taken a different view."Regardless of its withdrawal, or whether it can regain access to the mainland, Google has been a politicized brand. This is undoubtedly a tragedy for this well-known multinational company," People's Daily wrote in an article published Monday."The decision to exit the Chinese market was a huge blunder, which made the company miss golden chances in the mainland's internet development."People's Daily said Google is "welcome to return to the mainland, but it's a prerequisite that it must comply with the requirements of the law."Those requirements are essentially policed by Beijing's so-called Great Firewall, which is a huge policy of censorship. For example, Google can't be accessed right now by most Chinese internet users. And many other services, including Facebook, are also blocked. Some websites can also be censored if they are deemed unfavorable.The link to the opinion piece is broken but CNBC made a screen grab of the page before it mysteriously disappeared.CNBC | People's DailyState-backed People's Daily in China wrote an opinion piece about reports regarding Google bringing back its search engine to the mainland. People's Daily tried to justify Beijing's stance on online censorship saying that "no country will allow the internet to be filled with pornography, violence, subversive messages, ethnic separatism, religious extremism, racism and terrorism." This is false, of course, as pornography and racism can be found online in many parts of the world.Google did not specifically comment on the People's Daily article but pointed CNBC towards the original statement it released when the story first broke, in which it said that it provides a number of apps in China and has made significant investments in companies on the mainland, such as JD.com. "But we don't comment on speculation about future plans," a spokesperson said.Baidu: We will win againThe CEO of Baidu, the biggest search engine in China, responded to the news Google could launch a rival product. Robin Li said that Google would need to contend with the strength of Chinese companies."Over the years, our industrial environment and scale of development have undergone earth-shaking changes. Chinese technology companies have already taken the lead in the world in discovering new issues and serving new demands. The world is copying from China. This is what every international company that wants to enter the Chinese market needs to confront and think about," Li said in a status update on messaging service WeChat.Li said that Google launched its search service in China before Baidu. But when Google withdrew its search engine from China in 2010, its market share was in decline and Li claimed this was because Baidu had surpassed the U.S. firm with "technology and product innovation.""If Google comes back now, we can... win again, for real," Li said.Google declined to respond to Li's comments.
2018-08-08 00:00 reading：414
Popular categories
Boxes, Enclosures, Racks Cables, Wires Circuit Protection Connectors, Interconnects Development Kits Electromechanical Embedded Solutions Fans, Thermal Management Optoelectronics Others Passive Components Power Semiconductors Sensors, Transducers Test and Measurement
Hot labels
ROHM
IC
Averlogic
Intel
Samsung
IoT
AI
Sensor
Chip
Original authorized brand