NOR Prices Forecast to Rise 20% in Q3

The global supply of NOR flash memory remains constrained amid rising demand for AMOLED panels and touch screen displays, leading one market watcher to forecast a 20 percent increase in NOR pricing in the third quarter.

DRAMeXchange, a unit of market research firm TrendForce that tracks memory pricing, said current global NOR flash manufacturing capacity is limited to 88,000 300mm wafers per month. The firm expects the NOR supply to remain tight because related components require a high level of customization and ramping production is difficult.

According to Avril Wu, research director of DRAMeXchange, several major suppliers of NOR flash have plans to reduce production or gradually exit the market. "Cypress, for instance, is reducing the portion of NOR Flash in its product mix as the company shifts its focus towards automotive and industrial IC markets," Wu said through a press statement. "China’s GigaDevice is investing more on 3D-NAND Flash and DRAM production following its acquisition of ISSI," Wu said. "As GigaDevice adjusts to the domestic semiconductor policies, the company is expected to supply less NOR Flash products than before."

Some smaller NOR suppliers have plans to expand their production capacity in the response to tight supply, DRAMeXchange said. Winbond for instance, will add another 6,000 wafer starts to its total monthly capacity by the year’s end, increasing its supply from 44,000 wafers per month to 50,000 wafers per month, the firm said.

Macronix also wants to gradually raise its NOR flash production capacity and Powerchip — which currently lacks in-house technology to produce its own branded NOR Flash products — is also expressing interest in entering the market by collaborating with other IC manufacturers DRAMeXchange said.

However, much of this additional production capacity is not expected to be available until the second half of 2018. DRAMeXchange said it expects the NOR supply crunch to persist for several months. 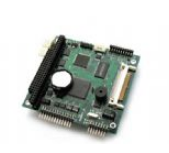