Memories of Steve Jobs illuminated some of the brightest moments of on-stage discussions with four engineers from the original Apple iPhone team. The Computer History Museum organized the event as part of a tribute to the landmark handset’s 10th anniversary, moderated by former New York Times tech reporter John Markoff.

The iPhone “had a very circuitous route,” said Scott Forstall, the software team leader for the original iPhone.

An acquaintance of Jobs worked on tablet PCs at Microsoft, a topic that got under the Apple co-founder’s skin. “Steve hated this guy … and that was the actual origin of the iPhone,” said Forstall in his first public appearance in five years, speaking about Apple.

“One time, [Jobs] came back from seeing this guy and … Steve came out with a set of expletives and said, ‘Let’s show them how it’s done. Let’s not use a stylus. We’re born with ten styluses.’”

The team quickly decided to work on capacitive rather than resistive screens and to support multi-touch. An early demo letting fingers move a picture displayed by a large projector mounted on a conference room ceiling “wouldn’t fit in a bathroom, much less a pocket or bag, but the moment we saw it, we knew that was the way to go,” said Forstall, who is named on 200 Apple patents.

One day over lunch, Jobs and Forstall were fiddling with their cellphones.

“Steve said, ‘Do you think we could take that demo with the tablet and shrink it down to fit in your pocket with that same technology?’ So we went back to the design team. They carved out a corner [of the display showing] a simple list of names you could drag down, tap, and call. The second you saw the demo, you knew this was the way the phone had to be. Steve saw it and said, ‘Put the tablet on hold,’ and they started designing the iPhone … the hardware team had the Herculean task of shrinking it down.”

In early meetings about the handset, carriers “gave us hundreds of pages of line items of what the handset had to do” recalled Forstall. “There was no way. We said, ‘You do the network and you can give us a spec for the level that works with your network. Everything above that, you have no say.’”

Ultimately, Cingular, later rebranded as AT&T, “signed a deal with us. We hadn’t really started [the design] yet. We didn’t show them anything.”

Forstall talked about taking one of the prototypes out of locked Apple offices so he could try using it at home. “I actually talked to an FBI agent about how to watch for people following you.”

A second unit was configured for Jobs, who would later call him at odd hours to talk about details of the design he wanted to have changed. 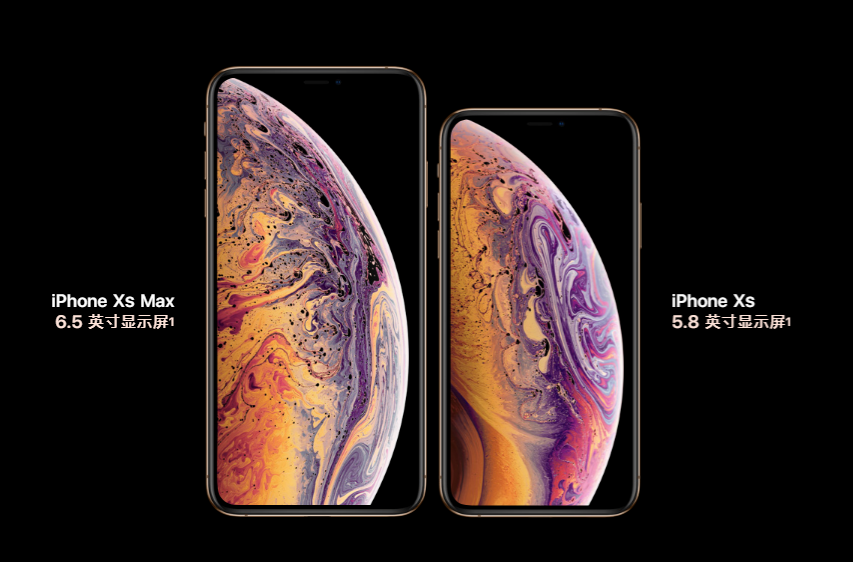 Apple raised iPhone prices overall, but one new model could entice those who sat out last year's X

On Wednesday, Apple did something clever with pricing on its new iPhones. It made the cutting-edge technology it introduced in last year's iPhone X available at a much lower price, which could help it sell more iPhones to people who sat out last year's high-end.But it did this while increasing prices at almost every level of its lineup, which will help it keep its average selling price — and profits — high.Apple announced three new iPhone models: the iPhone XR, iPhone XS and iPhone XS Max. All three models include large displays with minimal borders, no home button and the FaceID camera system for unlocking the device using facial recognition. Here's how the pricing strategy breaks down.The entry-level modelThe entry-level iPhone XR, which starts at $749, will likely be a big seller. It has many of the key features found in the high-end X line, including FaceID and a high-powered processor that should make certain tasks faster and more efficient.But costs a lot less than last year's X thanks to features like its cheaper LCD display, aluminum body and single-lens camera. To those who were put off by the $1,000 price tag on last year's iPhone X, this year's iPhone XR will look like a steal. That could help overall unit sales pick up.At the same time, the iPhone XR is more expensive than last year's entry-level iPhone 8, which started at $699. And two years ago, it cost only $649 to get the newest base iPhone model. In other words, the cost of entry to get in on the latest iPhone has increased by $100 over the last two years.The high-endThe mid-range iPhone XS starts at the same $999 price as last year's iPhone X and is functionally similar.But last year, the X was the top of the line, the luxury model.This year, Apple is selling the iPhone XS Max with a 6.5-inch screen, which starts at $1,099 and goes all the way up to $1,449 if you get the model with 512GB of storage. It's the most expensive iPhone Apple has ever produced.Last year, if you wanted a big new iPhone, Apple offered the iPhone 8 Plus, which started at $799. It didn't have the newest iPhone X features like the high-resolution screen or Face ID, but it was also cheaper.As a side note, none of Apple's new phones will include the adapter you need to plug a traditional pair of headphones into the Lightning port on the phones — a necessity ever since Apple eliminated the headphone jack in 2016. That adapter, which used to come included, will now cost buyers an extra $9. Or, you can buy wireless headphones, which Apple also sells.The low-endApple is eliminating its lowest-price option, the iPhone SE, which started at $349. Price-conscious buyers will still be able to get old iPhones at steep discounts from their debut prices — the iPhone 7 will start at $449 (it debuted in 2016 at $649), and the iPhone 8 will start at $599 (down from last year's introductory price of $699).But overall, the price of entry to the Apple ecosystem has gone up.It's the perfect setup for Apple. After proving it could charge more for new iPhones, the company has quietly increased the price to buy into the newest models. We won't know for sure if the strategy will work until Apple reports its December quarter earnings, but based on how successful the pricey iPhone X has been, Apple should be able to keep iPhone sales and profits growing.
2018-09-14 00:00 reading：392 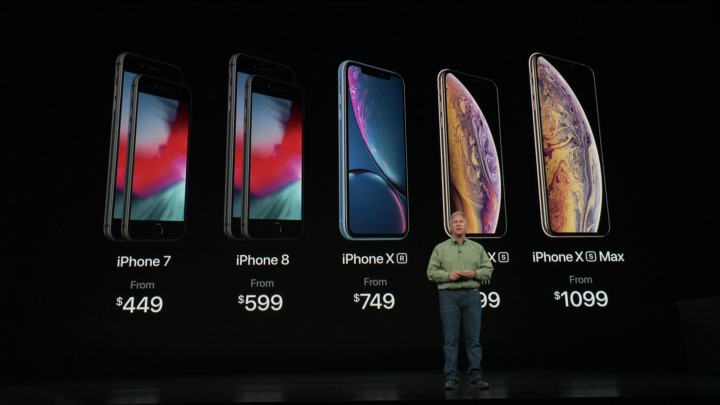 As Apple unveils its new iPhone models, TrendForce has provided the following comments for your reference.Apple unveiled new versions of its iPhone on Wednesday and the specs are consistent with earlier expectations of the new models, says TrendForce. While last year’s premium-priced iPhone X sparked discussion in the market, Apple again moved towards a higher price range, passing the US$1,000 threshold. TrendForce believes that the aggressive pricing point Apple has chosen seems to be challenging the upper limit of prices that consumers are willing to pay for a premium smartphone. New iPhone Xs and iPhone Xs Max feature optimized photo quality, AR experiences, and dual-SIM, but they are less likely to boost the demand significantly due to the higher-than-expected prices, because consumers still need time to adjust to the price set for the premium models.As for iPhone XR, the more budget-friendly model, its pricing point is much lower than its OLED partners, iPhone Xs and iPhone Xs Max. Positioned as Apple’s main product this year to revive its sluggish smartphone sales, the iPhone XR with an LCD display will account for nearly 50% in the production capacity of the new iPhone series. However, this LCD model is also faced with uncertainties related to trade issues, the stronger US dollar, as well as even higher pricing outside the U.S. Therefore, it remains to be seen whether or not this LCD model could help Apple boost iPhone sales growth and profits.Meanwhile, the prices of older versions of iPhone, including iPhone7 and iPhone 8, are adjusted downwards to US$449 and US$599 respectively, which may create higher-than-expected demand for the older models.
2018-09-14 00:00 reading：326
Popular categories
Boxes, Enclosures, Racks Cables, Wires Circuit Protection Connectors, Interconnects Development Kits Electromechanical Embedded Solutions Fans, Thermal Management Optoelectronics Others Passive Components Power Semiconductors Sensors, Transducers Test and Measurement
Hot labels
ROHM
IC
Averlogic
Intel
Samsung
IoT
AI
Sensor
Chip
Original authorized brand