Toshiba Fires Back at Western Digital, Seeks $1.1B in Damages

The complaint, filed with the Tokyo District Court, seeks an injunction against WD as well as 120 billion yen (about $1.1 billion) in damages. Toshiba also said it would bar WD from accessing information about the joint venture between the two companies.

The lawsuit is the latest development in a feud between the two companies over the proposed sale of Toshiba's memory chip business, including its stake in the manufacturing joint venture between the two firms. Toshiba announced earlier this year that it would sell its semiconductor business to help offset massive losses by its U.S. nuclear power division. Toshiba announced last week that its preferred buyer for the spin off, Toshiba Memory, is a consortium that includes Innovation Network Corp. of Japan (INCJ) and private equity firm Bain Capital.

In a statement issued Wednesday, Toshiba said WD has exaggerated its rights regarding the joint venture between the two firms. WD maintains that Toshiba must obtain WD's approval to sell its stake in the joint venture to another entity.

Toshiba also claims that WD improperly obtained Toshiba trade secrets by transferring employees of its subsidiary, SanDisk, to WD. Toshiba and SanDisk maintained a long-running collaboration on NAND flash technology development and manufacturing prior to WD's acquisition of SanDisk last year. Toshiba said it would immediately block WD's access to information related to the joint venture between the two firms after WD rejected a contract covering the access to that information.

WD did not immediately respond Wednesday to request for comment on the Toshiba lawsuit.

WD sued Toshiba earlier this month, asking a San Francisco court to halt the sale of Toshiba Memory pending the results of an arbitration hearing between the two companies on the matter that WD requested in May.

WD would like to acquire Toshiba Memory and previously asked Toshiba for exclusive negotiating rights to buy the unit. It was widely reported Tuesday that WD submitted a revised bid for Toshiba Memory in conjunction with a partner, private equity firm KKR & Co.

In choosing the INCJ consortium as its prefered bidder, Toshiba complied with the wishes of the Japanese government, which wants Toshiba's semiconductor technology to remain in Japan. However, Toshiba said Wednesday that it would not meet its self-imposed June 28 deadline for having an agreement in place to sell Toshiba Memory due to differences of opinion by the various firms involved in the consortium. Toshiba said it intends to continue negotiating the consortium to reach a definitive agreement as soon as possible.

Meanwhile, Toshiba and WD also announced this week that the two companies' joint venture has successfully developed its next-generation 3D NAND technology, BiCS4, with 96 layers of vertical storage capability. The technology will initially be deployed in a 256-gigabit chip and will subsequently ship in a range of capacities, including a terabit on a single chip, according to WD.

Toshiba Electronic Devices & Storage Corporation (“Toshiba”) has launched a new series of next-generation 650V power MOSFETs that are intended for use in server power supplies in data centers, solar (PV) power conditioners, uninterruptible power systems (UPS) and other industrial applications.The first device in the DTMOS VI series is the TK040N65Z, a 650V device that supports continuous drain currents (ID) up to 57A and 228A when pulsed (IDP). The new device offers an ultra-low drain-source on-resistance RDS(ON) of 0.04Ω (0.033Ω typ.) which reduces losses in power applications. The enhancement mode device is ideal for use in modern high-speed power supplies, due to the reduced capacitance in the design.Power supply efficiency is improved as a result of reductions in the key performance index / figure-of-merit (FoM) – RDS(ON) x Qgd. The TK040N65Z shows a 40% improvement in this important metric over the previous DTMOS IV-H device, which represents a significant gain in power supply efficiency in the region of 0.36%[1] – as measured in a 2.5kW PFC circuit.The new device is housed in an industry-standard TO-247 package, ensuring compatibility with legacy designs as well as suitability for new projects.Toshiba will continue to expand their product lineup to meet market trends and help improve the efficiency of power supplies and systems.The new device enters mass production today and shipments begin immediately.
2018-08-21 00:00 reading：863 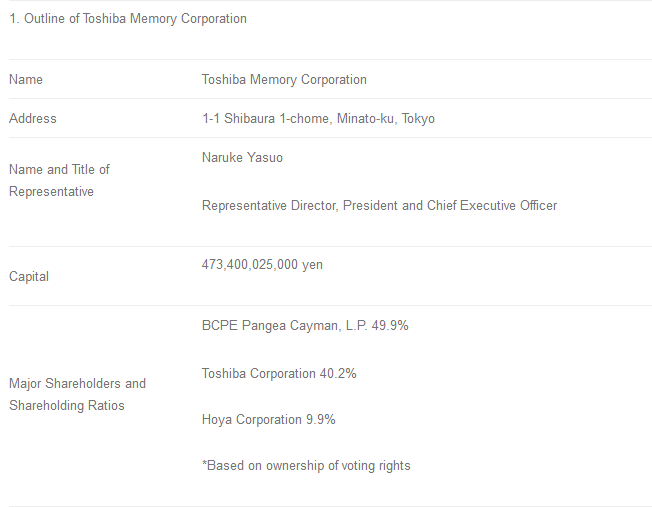 Toshiba Memory Corporation today announced that it has developed a prototype sample of 96-layer BiCS FLASH, its proprietary 3D flash memory, with 4-bit-per-cell (quad level cell, QLC) technology that boosts single-chip memory capacity to the highest level yet achieved.Toshiba Memory will start to deliver samples to SSD and SSD controller manufacturers for evaluation from the beginning of September, and expects to start mass production in 2019.The advantage of QLC technology is pushing the bit count for data per memory cell from three to four and significantly expanding capacity. The new product achieves the industry’s maximum capacity [1] of 1.33 terabits for a single chip which was jointly developed with Western Digital Corporation.This also realizes an unparalleled capacity of 2.66 terabytes with a 16-chip stacked architecture in one package. The huge volumes of data generated by mobile terminals and the like continue to increase with the spread of SNS and progress in IoT, and the need to analyze and utilize that data in real time is expected to increase dramatically. That will require even faster than HDD, larger capacity storage and QLC products using the 96-layer process will contribute a solution.A packaged prototype of the new device will be exhibited at the 2018 Flash Memory Summit in Santa Clara, California, USA from August 6th to 9th.Looking to the future, Toshiba Memory will continue to improve memory capacity and performance and to develop 3D flash memories that meet diverse market needs, including the fast expanding data center storage market.
2018-07-24 00:00 reading：830 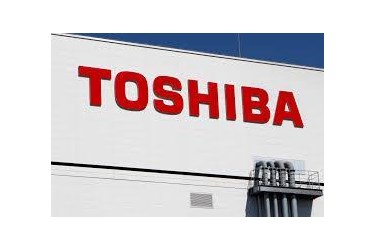 Toshiba avoids being fined over its accounting practices

Toshiba Corporation has said that it has not been fined by US regulators following the conclusion of an investigation into its accounting practices.The US Securities and Exchange Commission (SEC) was investigating alleged accounting irregularities at the Japanese firm's US businesses.According to Toshiba, "We understand that all SEC investigations regarding our accounting have been completed.”Speaking to Reuters a spokesman for the company said that there was no penalty or censure.Toshiba's accounting scandal, which broke in 2015 and went back over seven years, uncovered widespread errors at the Japanese laptops-to-nuclear conglomerate.The scandal resulted in the company recognising huge cost overruns at its now-bankrupt U.S. nuclear unit Westinghouse, and forced it to sell its memory chip unit for $18 billion.The SEC has not yet commented on the investigation.
2018-06-27 00:00 reading：863
Popular categories
Boxes, Enclosures, Racks Cables, Wires Circuit Protection Connectors, Interconnects Development Kits Electromechanical Embedded Solutions Fans, Thermal Management Optoelectronics Others Passive Components Power Semiconductors Sensors, Transducers Test and Measurement
Hot labels
ROHM
IC
Averlogic
Intel
Samsung
IoT
AI
Sensor
Chip
Original authorized brand